Every day, new social media apps emerge with the intent of going viral. Some are focused on connecting people through personal statuses, some focus on growing business relationships, and others simply provide answers to questions.

A majority of the time, these new social media platforms don’t achieve a large enough user base to leverage advertising in order to fund their continued development, marketing budget, and overall profitability. This becomes the case for most apps, making it virtually impossible for them to survive among the giants.

But then there are times when a social media network grows to millions of active daily users, creating a domino effect that, in turn, makes it one of the most commonly downloaded apps.

Regarding the latter, I’m talking about Reddit: the front page of the internet.

It’s a fitting slogan—Reddit is the 19th most popular website on the internet (6th in the U.S. at the time this blog was published), with over 330 million average monthly active users and 14 billion average page views per month. No matter what industry your target market is in, you’ll likely find potential customers on Reddit.

Sound like a platform brimming with opportunity? That’s because it is—keep reading to learn how you can integrate Reddit advertising into your digital marketing strategy.

The front page of the internet: What is Reddit?

Reddit is a unique social media platform that allows a diverse community of users and interests to come together via posts, comments, and a simple upvote “karma” system that launches the most popular content to the front page. The official Reddit app was launched in April 2016, making it easier for users to find, submit to, and interact with over 137,000 active subreddits—self-moderated forums that revolve around a single topic of interest, like photography, video games, or life advice.

Reddit describes itself as a growing family of millions of diverse people sharing the things they care about the most. That statement could not be more accurate and is the driving force for new advertisers adopting the platform as part of their digital marketing strategy.

It’s unlike any social network we’ve ever seen. The site’s users—Redditors—form a tight-knit community that supports the app and its contributors.

Just about anyone can run Reddit ads. In fact, doing so is getting easier and better every year. In March 2017, Reddit redesigned the interface of its ad platform, adding in new metrics and abilities to make the dashboard more useful to advertisers.

To start, you can head over to redditinc.com/advertising/ or click the Advertise link in the sidebar on the home page, both of which take you to ads.reddit.com. From there, you can set up your account and begin building out your campaigns, audiences, and ads.

How to get the most out of Reddit advertising

Redditors are skeptical of and generally don’t enjoy ads (but then again, who does?). They will often click advertisers’ profiles to see if they’re active contributors and how long they’ve been on Reddit. If your profile was created a week ago and you haven’t posted anything, don’t expect Reddit to be your best friend—they may actually rip you a new one via comments or by downvoting your ad into oblivion.

On that note, some Redditors take the site especially seriously and expect others (read: advertisers like you) to know what they’re doing. That means you’ll need to tread carefully, know what it and isn’t favored by a particular subreddit, and abide by the site’s Reddiquette. Otherwise, you’ll have no luck getting noticed.

And like most social media platforms, Reddit has its fair share of trolls. You’ve surely seen them on Facebook, right? Well, they can be even worse on Reddit. If you don’t have a credible profile with positive karma (a scoring system for user contribution in the form of upvotes), you may not be taken seriously, and that goes for both users and advertisers.

Before you run ads on Reddit, you should try contributing to the subreddits you plan to advertise on and reply to comments to establish your profile as an authority, as real users do. As I mentioned above, users will investigate your profile to see if you’re only coming to Reddit to take advantage of its users for profit. If that’s the case, you can certainly expect lower engagement and conversions from your advertising on Reddit.

Although you can disable comments on your ads to avoid the flood of negative replies, I’d still recommend that you explore an organic Reddit strategy.

Longer-form ad copy is recommended for Reddit, as users tend to be more inclined to READ your post (after all, it’s in the name—Reddit… read it). Try to use as much of the 300-character limit as possible.

Moreover, as with other social media network strategies, you have to be creative enough to capture a user’s attention while they’re scrolling through a torrent of content in their feed. Redditors aren’t actively searching for your solution, so you must get their attention and provide context into what you’re offering—and that all starts with your ad copy.

Personalize your ads to the platform by addressing the users immediately. “Hey Reddit” is a common introduction in ad copy that’s proven to not only stop users from scrolling but also get them to take action, click through, and convert. Copying and pasting your ad copy from Facebook most likely won’t do the trick.

If there’s one word to describe the ideal strategy, it’s assimilation. Address your audience using the language and terminology of the subreddit you’re targeting. To learn the lingo, browse some popular subreddits, spend some time in the comments, and get to know the community a bit. You’ll be surprised by what you find. The more you behave like your users, the more inclined they’ll be to look at what you have to say.

When I first tried advertising on Reddit, I admittedly used headlines from Facebook. The click-through rates were terrible. Once I customized the copy for Reddit, click-through rates doubled and on-site engagement increased tenfold. The Facebook copy was short and general. The Reddit copy was long, provided more insight into what I was offering, and addressed the audience immediately.

Look at the right numbers

All of that brings me to my next tip. Say you’ve taken all of my advice—you start advertising on Reddit with fresh, unique copy that leads to higher-than-average click-through rates. You have an organic presence AND following and don’t just get traffic from your ads. You must be killing it, right?

Well… Have you checked Google Analytics? Even if CPC and CTR seem fantastic, you may find that the average session duration is only a couple of seconds and that the bounce rate is 90%. You’ll never know unless you keep tabs on how your audience is interacting with your website.

To do this, you’ll need to use UTM tags in your destination or final URLs to get an accurate picture of what the traffic is doing because Reddit’s own reporting is limited in this respect. UTMs should help you determine which campaign, subreddit, or ad is driving traffic to your site if you set them up correctly. Using Google Analytics, you can create a segment to analyze Reddit traffic and further determine your success.

I’ve been able to pull out a ton of insight from Google Analytics, including information such as a user’s gender, social demographics, device used (desktop vs. mobile), and much more. In turn, this helps me improve my audience targeting. I found that, at times, depending on the nature of the content, desktop users were more engaged, tended to stay on the site longer, and had higher conversion rates than mobile users. Therefore, I would allocate fewer budgets to Reddit mobile ads for that specific initiative.

You can’t assume that people always get to your site or convert from clicks—your site could load slower than they’re willing to wait, or the clicks may be accidental. And just like any other social network, there are bots on Reddit that may account for a portion of your clicks—so make sure that you’re comparing clicks to actual sessions on your site.

Oh, and if you’re looking to track and optimize your campaigns for conversions or are interested in retargeting on Reddit, you’ll need to install the Reddit pixel. The only instance where you won’t need a pixel is if your goal is brand awareness and you don’t plan on tracking any on-site conversions.

In comparison to other platforms, Reddit advertising has shown some promising performance in my experience. The average CTR ranges from 0.1% to 0.3%. The CPM (cost per 1000 impressions) is around $1 to $5, and clicks can cost anywhere between $0.50 and $5.00. Your results will depend on a number of factors, so keep in mind that these metrics reflect my experience advertising on Reddit.

The platform does a great job of generating a ton of impressions because of the sheer number of users and space available for ads. As a Reddit marketing agency, we spent $450 on Reddit ads last week and obtained over 200,000 impressions. That’s an average cost per 1,000 impressions of roughly $2. The drawback to Reddit is the skepticism of its users, its less-than-perfect ad platform, and the lack of robust reporting abilities. Unlike Facebook, Reddit doesn’t give a reach metric, which makes it harder to determine frequency based on the massive amount of impressions.

Depending on your goal and audience size, your Reddit’s advertising cost could be worth the investment. At the least, it’s worth a test. If it ends up being a dead end for your advertising dollars, you can always turn off your campaigns.

But don’t go too long wondering, “What if?” And in the meantime, check out how Duracell ran a very successful campaign with Reddit advertising.

Leave a comment—I’d love to hear your thoughts! 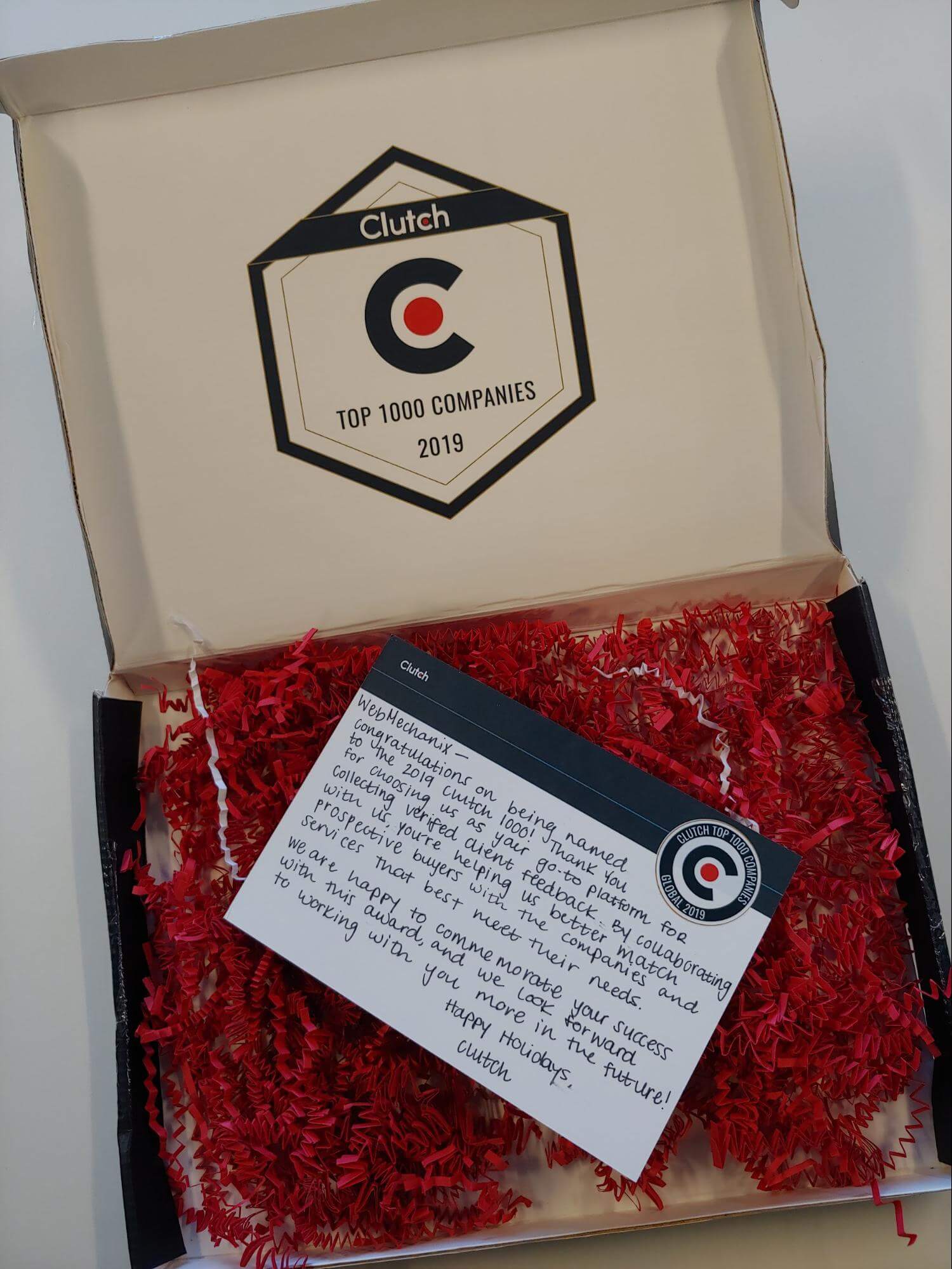 WebMechanix continues to earn recognition for its stellar performance as a results-driven marketing agency. Clutch, the leading B2B ratings and reviews platform, published its second annual ranking of the 1000 best B2B service providers last month, with WebMechanix rising to the top in multiple categories. Among the 1000 best B2B service providers, WebMechanix jumped from...
Read this
WebMechanix’s website uses cookies to enable security and accessibility to WebMechanix’s website, to distinguish you from other users of WebMechanix’s Website, to facilitate and customize your use by saving your preferences while tracking information about your use, and to provide you with a better experience with WebMechanix’s Website.  If you are in the European Economic Area, by clicking accept on this message, you agree and consent to use of cookies as described under the Privacy Policy.