Do you want to become a better leader? Well, this article’s for you.

This article summarizes the best leadership tips for managers I’ve gleaned from David Rubenstein’s new book, How to Lead: Wisdom from the World’s Greatest CEOs, Founders, and Game Changers.

If you haven’t heard of David Rubenstein, he’s a Baltimore-born, Washington, D.C.-based private equity founder, billionaire, philanthropist, and lawyer. David has spent a lifetime building a network of the most successful, influential people through his career.

Unlike a lot of leadership advice out there, Rubenstein’s book shares advice from people who come from a variety of professional backgrounds, including government, sports, and entertainment.

Without further ado, here are the top tips on leadership qualities from Rubenstein’s book, organized by the leaders who shared them. These insights might seem succinct, but keep in mind that most of the book covers discussions related not only to leadership per se but rather the lives of the leaders. Hence, I’ve decided to extract the relevant points and distill them.

Many of the big, successful decisions that Jeff made were based on gut intuition rather than a strict analysis of data. Yes, he still recommends that you analyze your data whenever you have access to it, but there comes a point when you just have to make decisions based on intuition alone. Often, you don’t have the time to wait and collect as much data as possible to guide your decision-making.

Your job as a business leader is to make a couple, high-quality, good decisions every day or week. So be sure to clear your schedule and brainpower for those decisions.

If there’s one characteristic that Phil believes helped him successfully build Nike, it was his eye for good talent. Looking back, he notes that the first few partnerships he made during the start of his company were instrumental in laying the foundation for its future success.

Leaders come in all shapes and sizes, but a leader has to truly want the vision they’ve set out to pursue. There’s no one lesson for being a great leader, nor is there a single way to capture the essence of a great leader. Hollywood would have you believe that all successful leaders are tall and handsome, but that’s not always the case.

Indra’s mother never got the chance to attend college and always lived vicariously through her daughter. She would tell Indra and her siblings to dream big and would have them pretend that they were the Prime Minister or President, asking them to give speeches at the dinner table to help them build their confidence. Then, she would critique them based on what she thought the real Prime Minister would or wouldn’t say.

Richard believes that a great leader:

Great leadership comes from innate talent, honing it as a skill, or both. The traditional view of a great leader being a general manager type is wrong. Nowadays, a great leader should be exceptionally skilled in one area and then later branch out to be decent in other areas (like the T-shaped marketer).

Everyone has the same goal, which is to achieve the highest level of expression of their being. That pursuit never ends until they die.

Oprah’s skill came not from her interviewing abilities but her listening abilities. Oprah never saw herself as better or worse than her audience. In fact, she was so in tune with her audience that she’d ask her guests the very questions she knew her viewers were dying to hear even if she herself didn’t want to know the answer.

She also held a focus group after every show, where she would chat with her audience to learn more about them. And she found this to be the most enjoyable part of the show.

Oprah doesn’t always press or ask questions that would make her guests uncomfortable because she doesn’t want them to distance themselves emotionally from the interview and stop answering questions. She learned this lesson the hard way after her producers pressed her to ask one celebrity if her husband really slept with a toupee, and her guest shut down afterward because she was uncomfortable with the question.

A majority of the people Oprah interviewed always asked her after the taping, “Was that okay?” Obama did. So did Beyoncé, after she showed the audience how to twerk. And even inmates behind bars asked it. Oprah came to realize that many of her interviewees were really asking, “Did you hear me?”. They wanted to know if their input mattered. At the end of the day, everyone wants to matter.

When hiring, Ginni looks for curiosity and the propensity to keep learning. The world is constantly changing, and what you know now may not be relevant in the future. But even if you don’t have an innate curiosity to continue learning new things, you can still develop it.

A great leader must get the big ideas and strategy right. You have to communicate them effectively through the breadth and depth of your organization. You have to oversee their implementation. And, most importantly, you need a formal process for examining how the big ideas need to be refined, replaced, or scrapped entirely.

In terms of leaders he admires in the military and government, David thinks Ulysses Grant is underrated and likes Teddy Roosevelt. He also cites Reed Hastings of Netflix as an example of great leadership since Reed managed to spur the reinvention of the company three different times.

When reflecting on the leadership skills that got him hired at the NBA, Adam cites his ability to work hard and his technical knowledge of media, negotiation, and law.

Dr. Anthony Fauci, Head of the National Institute of Allergy and Infectious Diseases

Dr. Fauci is a relevant and respected leader during the current fight against the COVID-19 pandemic. In fact, he’s been researching and fighting various infectious and dangerous diseases for decades, even before this pandemic.

Fauci says a great leader clearly articulates his vision for his organization. He’s personally observed that bad leaders fail to do this, and the organization is left rudderless.

Jack Nicklaus, One of the Greatest Golfers of All Time

Jack attributes his success to believing in what he can do, focusing on what he can do rather than what others can do, and knowing that winning brings more winning.

It takes a team to achieve your goals—you’re not going to get there alone. Learn how to listen. You’re going to fail along the way, but failure is not the destination.

When you have power, you never have to explain to others that you have power. People just know. As a leader, Lorne pushes people since he has a high standard of excellence. He believes a great leader should be right more than he or she is wrong.

When leading a creative team, Lorne believes that you should speak less, especially during creative discussions since your team will already touch on all points you want to cover.

One key to his firm’s success is his ability to delegate and trust his people to do the right thing. An analyst who has been studying one company for five or 10 years can make a better decision about that company than he can.

Rubenstein’s book offers a one-stop-shop of leadership knowledge from successful people across all kinds of industries. I appreciated the diversity of the leaders he interviewed and learned a lot from successful leaders I wasn’t even aware of. His book is worth getting. Typically, most experts featured in content like this are business leaders, with a few athletes sprinkled in, so it was refreshing to see all of these different perspectives.

Having said that, I do think Rubenstein could’ve done a better job elaborating on the specific leadership advice that was shared in his book. He kicks off the introduction by emphasizing the book’s focus on leadership, but the book’s conversations touch on leadership only a small portion of the time. Part of this issue is likely the desire to cover various other topics and build rapport with the interviewee, leaving little time to dig deep into their answers.

Rubenstein’s book summarizes the most common patterns of leadership that he’s found in his interviewees, but the traits mentioned are broad and applicable to general success in life. These traits, like persistence and hard work, are rather obvious, overused, and too broad when it comes to effective tips for developing leadership skills.

They’re certainly important, but these qualities are also not as specific to leadership as delegating effectively, trusting your employees, praising your team, hiring quality people, and firing quickly, or clearing roadblocks (all of which are highlighted in other leadership books). The best leadership books I’ve read have offered specific advice (shout-out to Jack Welch’s accessible and easily digestible books).

Rubenstein may have confused leadership with general success, which I think are different things. But the book still offers valuable tips for good leadership skills. It’s also entertaining—like hearing Jeff Bezos’s reaction to becoming the richest person in the world.

Additionally, keep in mind that the interviews sourced in Rubenstein’s book ranged from a simple 30-minute discussion to a correspondence that took place over many years through a shared business relationship. So, it’s clear that some of the content comes from a single encounter. I wonder if those types of short interviews are enough to discover what really makes a great leader, especially when David only asked one or two questions on leadership, and the interviewee sometimes only gave a one- or two-minute answer. Perhaps leadership can be summarized quickly or requires a more thorough explanation than time allows.

I especially liked that Rubenstein touched on recent events like COVID-19 and Black Lives Matter in the introduction and occasionally throughout the book. This made the book feel new and relevant—either he made some last-minute edits, or most of the book was, in fact, written recently.

Despite its flaws, Rubenstein’s book is definitely worth a read, as it offers tangible insights that can help you move in the right direction as a leader.

Leadership comes in all different shapes and styles. However, I believe you can discern patterns among all of these styles and personalities. According to the themes discussed in Rubenstein’s book, I believe how to be a good leader comes down to: 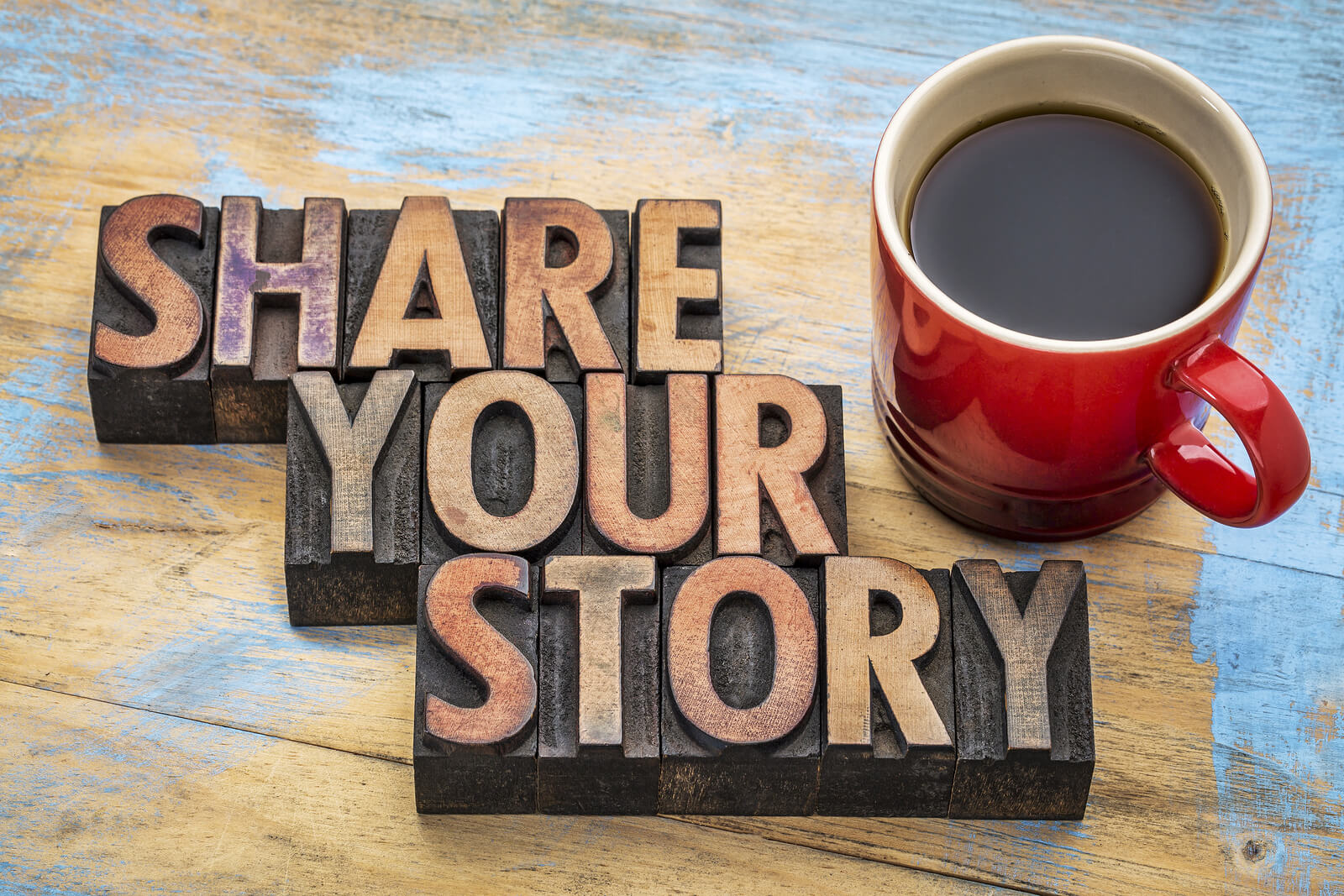 A big challenge with B2B marketing is that it’s hard to avoid being boring and stay as interesting as the B2C industry. There is the red tape from executives. The company wants to stay safe and prevent anything too crazy from tarnishing their reputation. And your product isn’t as naturally exciting as a cartoon or...
Read this
WebMechanix’s website uses cookies to enable security and accessibility to WebMechanix’s website, to distinguish you from other users of WebMechanix’s Website, to facilitate and customize your use by saving your preferences while tracking information about your use, and to provide you with a better experience with WebMechanix’s Website.  If you are in the European Economic Area, by clicking accept on this message, you agree and consent to use of cookies as described under the Privacy Policy.