The State of TikTok Ads in 2022 with Ben Lisca

This week’s episode is a little special because it’s an excerpt from The Growth Clinic, WebMechanix’s weekly community call where we feature marketing leaders and cover the most important topics in marketing.

This week’s expert is the Paid Social Manager at WebMechanix, Ben Lisca. Ben came from the world of affiliate marketing and has a wealth of knowledge when it comes to using TikTok in your advertising. You’ll hear about optimizing your ROAS, how to make great TikTok ads that convert, and what tools to use to inform your ads.

Quote of the Show:

Ways to tune in: 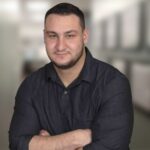 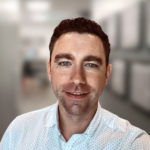 57:02
Listen on Apple Podcasts
Listen on Spotify
Watch on YouTube

How We Extended Slack to Boost Productivity and Return Results

Slack Picks Up OurSlack I opened WebMechanix’s eyes to the beauty of Slackabout a year ago. Before that eye-opening occurred, we were all struggling to follow a disjointed communication flow made up of a mishmash of email, Google Chat, Skype, SMS, Asana, and more. Since we’ve adopted Slack as our primary communication channel, we consolidated...
Read this
WebMechanix’s website uses cookies to enable security and accessibility to WebMechanix’s website, to distinguish you from other users of WebMechanix’s Website, to facilitate and customize your use by saving your preferences while tracking information about your use, and to provide you with a better experience with WebMechanix’s Website.  If you are in the European Economic Area, by clicking accept on this message, you agree and consent to use of cookies as described under the Privacy Policy.